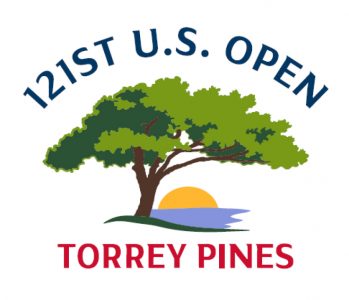 The U.S. Open Golf Tournament is returning to San Diego County in 2021 as Torrey Pines Golf Course will play host to the 121st annual championship, scheduled for June 14-20, 2021, on the club’s celebrated South Course. The course previously hosted an amazing U.S. Open championship in 2008 that was won by Tiger Woods during a dramatic Monday playoff.

The 2021 championship will bring the sport’s top golfers to San Diego, including top-ranked players like Dustin Johnson, Jon Rahm, Rory McIlroy, Justin Thomas and – yes, maybe – Tiger Woods. (Participants subject to change based on current rankings at the time of the event.)

Tickets to the U.S. Open will go fast and lodging around the San Diego area is expected to fill up quickly leading up to the event. If you want to go to the U.S. Open Golf Tournament, there are a few things to consider. Don’t worry – we’ve got you covered. Here’s everything you need to know about the U.S. Open’s return to Torrey Pines in 2021.

The U.S. Open Championship is the national championship of golf. It takes place every year in the United States. It is the third of four major championships in the sport – along with the British Open, the PGA Championship and The Masters.

The U.S. Open is on the official schedule for both the PGA Tour and the European Tour. For more than 100 years, the competition has consisted of 72 holes of stroke play, made up of four 18-hole rounds. The event is staged annually by the United States Golf Association (USGA) in mid-June, with the final round always played on the third Sunday of the month.

Various courses have hosted the U.S. Open over the years.

The South Course at Torrey Pines hosted the U.S. Open in 2008. During a thrilling conclusion, Tiger Woods birdied the 18th hole on Sunday to tie Rocco Mediate at an even par 71 for the tournament – forcing a sudden-death playoff on Monday. Woods made par on the playoff hole, narrowly defeating Mediate. The victory was Tiger’s third U.S. Open championship and the 14th major title of his career. Later, it was revealed that Woods, age 32 at the time, was playing with a double stress fracture in his left leg and a torn ACL. The win was his last major title for 11 years.

The first U.S. Open Golf Tournament took place in 1895 in Newport, Rhode Island. The 36-hole event was played on a single day, with 10 professionals and one amateur on the links. In the early years, play was dominated by British golfers before John J. McDermott became the first native-born American to win the championship, in 1911

For the past 100 years, players from the United States have mainly competed – and won. Players from various countries have proven victorious, including golfers from South Africa, New Zealand, Australia and Argentina. Several Europeans have won over the years.

The record for the most amount of U.S. Open victories is shared by four legendary golfers: Willie Anderson, Ben Hogan, Bobby Jones and Jack Nicklaus. Hale Irwin is the oldest to ever capture the title (age 45, in 1990) and John McDermott was the youngest (age 19, in 1911.)

Why the U.S. Open is Special

Traditionally, the U.S. Open is a tough, competitive tournament. The course is designed to be difficult for even the world’s best golfers. Scoring is usually tight, and in many cases the winning golfer finishes with a final score a few strokes north of par. The course is often laid out long, with a high cut of primary rough, rolling greens and narrow fairways. In addition, holes that are customarily short par fives are converted to long par fours for the tournament.

Before a golf club hosts a U.S. Open event, the course may undergo a significant renovation to develop the challenges necessary for top-level play. Rees Jones, son of legendary course designer Robert Trent Jones, is one of several so-called “Open Doctors” in the United States that have gained a reputation for preparing courses for U.S. Open play.

Only the World’s Best Golfers Make the Cut

The 156-player field for the U.S. Open Golf Tournament is open to any professional or amateur golfer with a United States Golf Association (USGA) Handicap Index less then 1.4. Participants can also gain entry to the event through qualifying events or an exemption. As an example, there are several exemptions for past winners at numerous national tournaments for amateurs and professionals. In addition to a slew of former winners, the top 60 ranked golfers in the world are invited to play.

Torrey Pines Golf Course is a 36-hole municipal golf course along the coastal cliffs of the Pacific Ocean. It is in La Jolla, just north of the University of California San Diego Campus on Interstate 5. It opened in 1957 on the site of Camp Callan, a former U.S. Army installation used during World War II. Today, the Torrey Pines region is home to a beautiful state reserve, a large public beach and the renowned golf course. The course is currently owned by the City of San Diego.

The course is named for the Torrey Pine, a rare tree that grows in the wild only along the coastline in San Diego County and on nearby Santa Rosa Island. The club’s logo features a salt pruned version of the tree.

Comprised of two 18-hole golf courses – dubbed the North Course and South Course – Torrey Pines plays host to a few annual events, like the San Diego City Amateur Golf Championship, the Junior World Golf Championships and the Farmers Insurance Open. A staple on the PGA tour, the four-round Farmers Insurance Open plays two rounds on the North Course and finishes up with 36 holes on the South Course.

Over the years, both courses have seen a few improvements. The South Course was redesigned in 2001 by Rees Jones. It is presently a par 72 that covers 7,698 yards from the back tees. During a redesign in 2016, the North Course flipped the front nine with the back nine, so now golfers can enjoy the stunning Pacific Ocean views as they progress through the final holes.

Act fast if you want to score tickets to the 20201 U.S. Open Championship at Torrey Pines on June 14-20, 2021. Tickets are on sale now and can be purchased here. You can select from daily gallery tickets as low as $50, weekly gallery packages with or without access to the beer garden, grandstand tickets and pavilion passes.

Lodging: Where to Stay for the U.S. Open

San Diego Coast Vacation Rentals has a variety of vacation rentals open during the week of the U.S. Open that provide privacy, lots of room and easy access to the course so you don’t miss a minute of the action. Choose from condos and townhomes in popular San Diego communities like Mission Beach, Ocean Beach, Point Loma and Del Mar.

Vacation rentals give you extra room to spread out. Our vacation rentals have full kitchens so you can prepare meals on the go and don’t have to rely primarily on eating out for every meal. Fix a few meals at home and then hit the town for a special outing to enjoy San Diego’s finest eats.

Other perks like easy beach access or a private patio means you’re never far away from the fresh ocean air or the warm June waters of the Pacific Ocean. In most cases, when you head out to Torrey Pines, the Zoo, the seaport or Balboa Park, you’ll even have a private parking space waiting for you when you return.